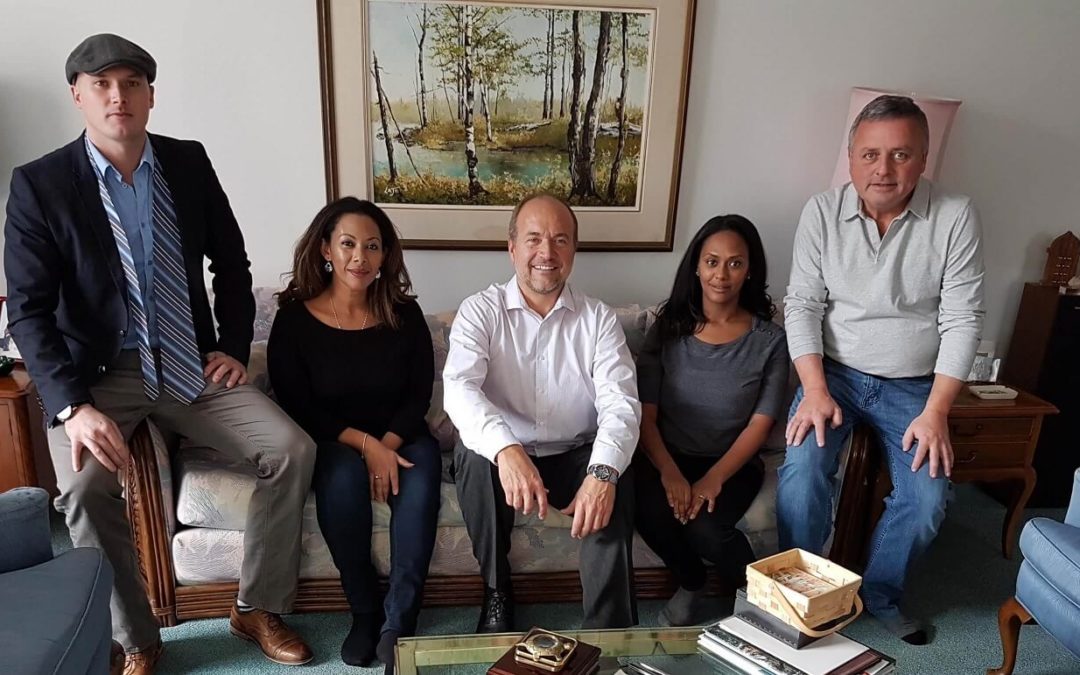 Neil was born and raised in Toronto, Canada and is a Captain flying with Air Canada. His varied career includes running an Engineering Design and Consulting firm for the last 21 years as well as dabbling in Physics and Astronomy at York University.

Having met Trish Hack-Rubinstein, the founder of the U.S. non-profit, by chance, he was in New York at a fundraiser one month later, and standing in the schoolyard in Addis Ababa a month after that. Seeing an opportunity to help, he was quickly involved in the website, campaigning and organizing fundraisers and has since attended several events geared towards spreading the word amongst the Ethiopian diaspora in North America. He has also founded the Canadian arm of this multi-national organization to better serve the many Canadian donors to the cause.

“I can only describe my experience in meeting Muday and the children of Fresh and Green Academy as it was reflected in my two daughters’ eyes when we went again 3 months later. What a worthy cause this is to bring a future to children who had little hope to even survive. I am glad to be a part of Muday and Trish’s vision.”

Rahel was born in Addis Ababa, Ethiopia, and moved to Canada with her family. She is a registered nurse asssiting in surgery at Shouldice Hospital in Toronto.

Rahel and Neil were both keen participants in the Ethiopian Sports Federation of North America’s annual soccer tournament when it was hosted in Toronto in 2016. Her son now plays in the Toronto FC youth team.

Sadie was born in Addis Ababa, Ethiopia, and moved with her family to the United Kingdom. It was there that she reconnected with her childhood friend, Kal, who was studying to become a doctor. They are now married with four beautiful children in grade school, the oldest two of whom have already volunteered at our events. They live and work in Mississauga.

Neil and Sadie first met at the Enkutatash (New Year) celebration at Christie Pits in Toronto in 2017. She immediately saw that it was a worthy cause and a unique opportunity to get involved in helping deserving kids in Ethiopia.

Paul was born and raised in Toronto, Ontario and has worked in a variety of industries as a Certified Management Accountant. He and his wife Mary have 4 adult children and still live in his childhood parish.

Neil and Paul have been good friends since age 5 with the exception of the year Neil got Paul kicked out of Mr. Morgan’s Glee Club, but the challenge of helping make a difference for children in a challenging place has meant that Paul has provided invaluable business advice on a volunteer basis.

Blaine was born in St. Anthony, Newfoundland & Labrador, and his flying career has taken him to many corners of Canada. Now a Captain at Air Canada, he lives in Orr Lake, Ontario.

Flying with Neil introduced him to a unique opportunity to help people in a part of the world that he has observed from 40 thousand feet, but could immediately understand the need from Neil’s tales of visiting the school.